“We Live in a Narcostate”

Throughout this month much of Latin America has been filled with protests over the upcoming presidential elections due to the endless string of corruption within a variety of countries’ governments. Recently, it was established that the Honduran president’s brother, Juan Antonio Hernandez, was found guilty of accepting $1 million by notorious drug trafficker El Chapo. Only confirming what the Honduran people already knew, that their government is corrupt and being run by drug traffickers. 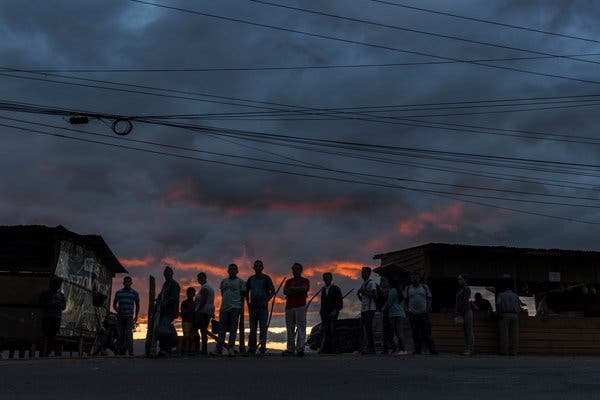 Hernandez originally denied the allegations and stated that they were “false, absurd, and ridiculous”. He also claims that the allegations were “invented” by other convicted drug traffickers who were upset with his anti-crime policies. A few of these policies insisting that accused drug traffickers be extradited to the United States instead of being held in Honduran prisons due to the country’s corrupt prison system. However, during his trial, it was discovered that the money was meant to be used by the president himself. This sparked mass frustration that ultimately made many Hondurans question the president’s integrity and power. A former legislator for President Hernandez Hernandez’s National Party says the allegations “… won’t have an effect because because of his control over the attorney general, the judiciary, the armed forces and most of the media”. 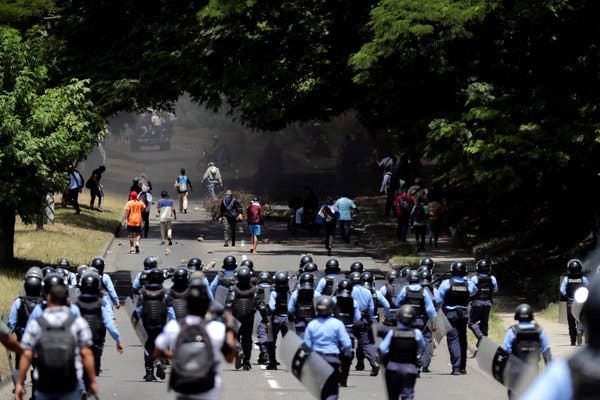 As a result of the trial, people from Honduras along with several neighboring countries like El Salvador and Guatemala have either fled from their homes towards the U.S. or protested the corrupt government and local gangs (as seen above). Due to the constant protesting over the month, President Hernandez came to the decision to allow a panel of international prosecutors to investigate the case. So far, there have been many discoveries of how politicians have pocketed public funds thus confirming the Honduran people’s beliefs that the government is corrupt and does not have the people’s best interest in favor. Not only has money been pocketed, but budgets for health and education have dropped and as of late last year it was reported that over 60% of Hondurans live in poverty.

After much controversy President Hernandez was elected a second term but now, all the Honduran people want is for him to step down from his position and to end the gang violence and influence upon the government and everyday people. Protests have been going on all across Latin America (Chile, Argentina, Ecuador etc.) because of corrupt government and its gang affiliation, this is nothing new. Because of these ongoing problems in LA, the article stresses these are some of the main reasons why there is so much migration to the U.S. and why LA is believed to have the highest murder rates in the world.