In today’s class we continued to talk about the revolution in Nicaragua, and liberation theology specifically. Dr. Holt discussed how Catholicism has changed both in practice and in numbers in Latin America over time. In general, the number of people in Latin America identifying as Catholic has declined over the past 100 years, with the biggest drops coming after the 1950s. It can also be seen that protestantism is growing in this region, specifically in Brazil and countries in Central America. Dr. Holt also explained that the Catholic church itself changed as a result of this, and tried to become more connected to its members. One example of this is changing the language of mass to the native language of whatever country it is done in.

Next, we broke into groups to talk about Liberation Theology and passages from the Gospel of Solentiname. We discussed how the interpretations of the bible from Ernesto Cardenal and the people in his discussion groups both differed and was similar to conventional interpretations. We also discussed the disagreements over the meanings and ramifications of this text and Liberation Theology in general. For example, some view this doctrine as going back to the original meaning of the bible, and a rejection of the more aristocratic church, while others viewed it as a thinly veiled way to support communism through a religious text.

Definition of Liberation Theology from Brittanica:

“Liberation theology, religious movement arising in late 20th-century Roman Catholicism and centered in Latin America. It sought to apply religious faith by aiding the poor and oppressed through involvement in political and civic affairs. It stressed both heightened awareness of the “sinful” socioeconomic structures that caused social inequities and active participation in changing those structures.​

Liberation theologians believed that God speaks particularly through the poor and that the Bible can be understood only when seen from the perspective of the poor. They perceived that the Roman Catholic Church in Latin America was fundamentally different from the church in Europe—i.e., that the church in Latin America should be actively engaged in improving the lives of the poor. In order to build this church, they established communidades de base, (“base communities”), which were local Christian groups, composed of 10 to 30 members each, that both studied the Bible and attempted to meet their parishioners’ immediate needs for food, water, sewage disposal, and electricity. A great number of base communities, led mostly by laypersons, sprang into being throughout Latin America.

After a series of ongoing riots in Chile’s capital city Santiago, President Sebastian Pinera has declared a state of emergency. The protests have turned violent in the past week, which started in response to the city metro raising prices. While the protests started out simply has fare-dodging by students, they have become more widespread, and now are much more about high costs of living, and general inequality in Chile. As the article states, Chile is one of Latin America’s wealthiest nations, but also, among its most unequal.” (Reuters). As a result of the protests, there has been a considerable amount of violence, including the burning of multiple metro stations, and downtown Santiago buildings.

One consequence of the state of emergency declaration is that the Chilean military will be called into the streets to keep the violence in check. This could be unnerving to some as Chile is obviously a country with a history of military crackdown and violence, and calling the military has been rare since the country’s return to democracy. The last time this occurred was in 2010 in response to a devastating earthquake (The Guardian). The metro fare issue seemed to just be a spark for greater discontent at this point, as the protesters really seem to be focused on high costs of living, increasing inequality in recent years, and rising costs of healthcare and education among other things. (The Guardian) Both articles I read on this issue provided quotations from official government sources on the matter, while only The Guardian provided quotations from any protesters. 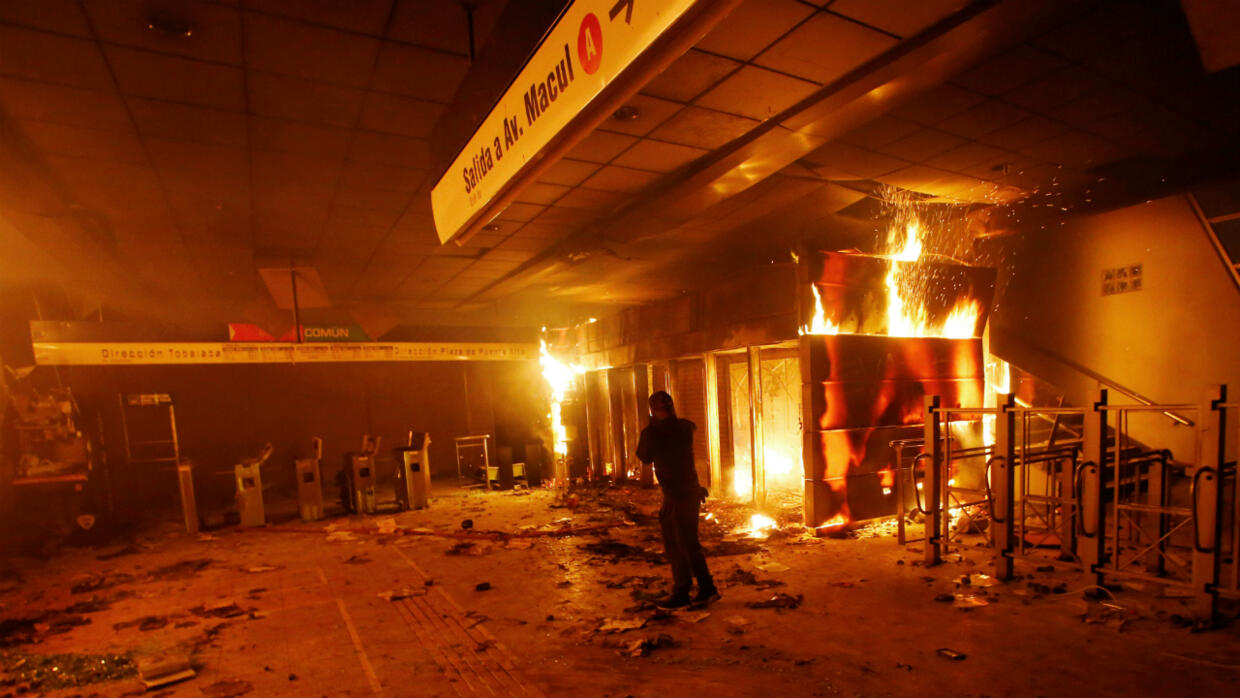 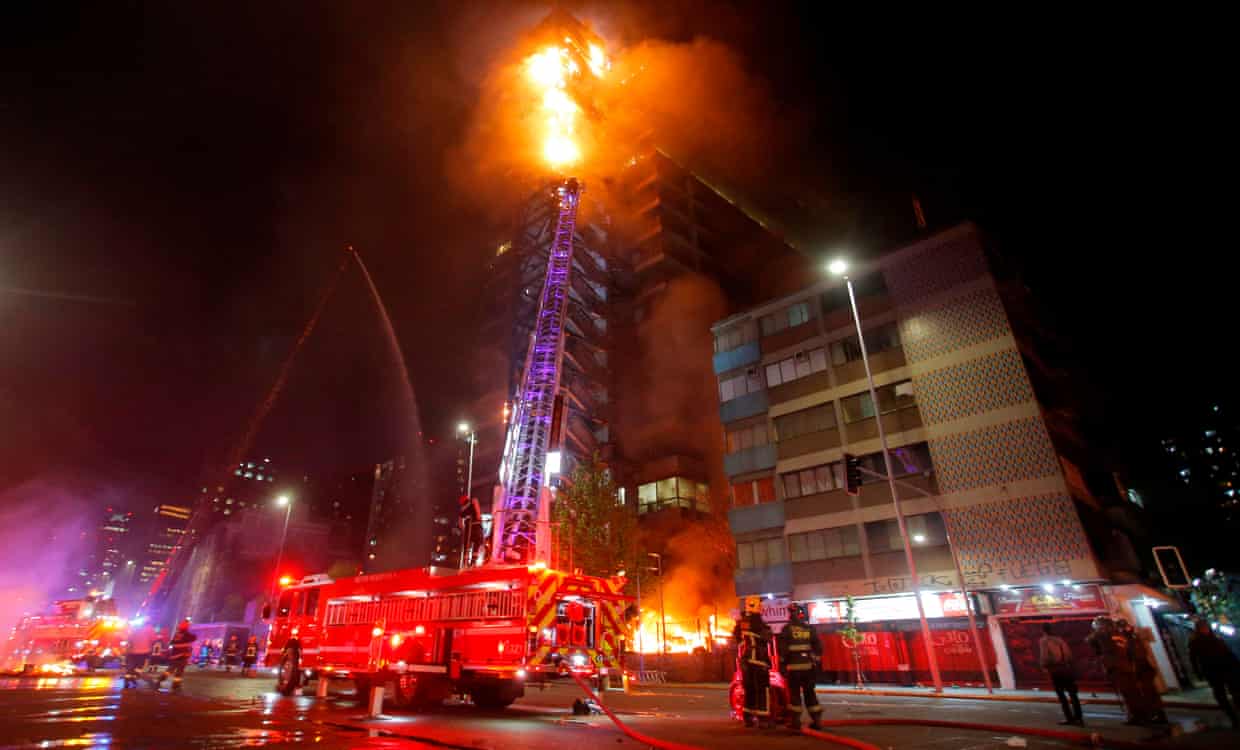 In regards to how this problem is covered in a Latin American context, both articles briefly mentioned Chile’s history of military rule under Pinochet, but neither goes into great detail on the origins of the inequality issue. Both seem to just be reporting of riots that happen to be going on in a Latin American country.

These articles clearly relate to what we are currently studying in class as it relates to Chile and ongoing problems in the country that relate to the Chilean Revolution under Pinochet. One of the main issues being raised in these protests is inequality, which according to the Becker reading on Pinochet’s rule, can be traced back to those times. Similarly to how Chile is seen as a wealthy, but unequal country today, Becker says as a consequence of Pinochet’s economic policies, “The rich became richer and the poor poorer, leading to one of the most inequitable economies in the world” (Becker, 152). It is likely that the inequality created by Pinochet’s economic policies continue to exist even almost 30 years after Chile’s return to democracy.

This wikipedia article discusses former Venezuelan president Hugo Chavez’s tv show Alo Presidente. The article seems relatively biased against the topic, portraying it in a negative light more often that not. Most of the sources used are from American newspapers such as the New York Times, however there are also some jorunal articles. Additionally, some information is taken from a book which seems very hostile towards Hugo Chavez from the offset. In general, I will work to try to make the article less biased, as well as add some more information in general.

I looked at the article about the Rettig Report which examined human rights violations in Chile under Augusto Pinochet. Overall, everything in this article is relevant to the topic. There is nothing else in the article that is distracting from the overall topic. The article is not opinionated. It simply states facts about the subject. These sections include who the authors of the report were, statistics the report found, and the recommendations the report made. One viewpoint that some would argue was not represented is the fact that the article does not explicitly explain who exactly was on the commission in charge of writing this report. It briefly explains who Raul Rettig was, but it assumes that the readers of the article know the dynamics of situation being examined. Additionally, Opposition to the findings of the report (if it existed) are not mentioned at all by the article, which could be leaving out the viewpoint of Pinochet’s defenders. One citation does not work, but the rest do and are on topic. One is to the report itself, and two others are links to journal articles written in the 1990s. All paragraphs reference at least one source that seems to be relevant. The two journal articles come from the journal Human Rights Weekly which seems to be a neutral journal. The other working source is an english translation of the report in which the article is about. All of these working sources seem relevant and neutral. However it could be imagined that some of Pinochet’s supporters might disagree with the findings of the report or its interpretations as it paints him in a bad light. It is briefly noted that an additional report is made later than the Rettig report but the article does not go into detail at all about this. If there was any new information disclosed in the other mentioned report, the article could be seen as out of date. Additionally, the only two working sources that are not the report itself come from the 1990’s so it is conceivable that there has been more academic reporting on this matter that is not included in this article. In the talk page there is one comment about a section relating to the statistics listed. In the article this seems to have been adjusted after this comment was made. This article is of interest to three WikiProjects: The WikiProject on Human Rights, WikiProject Venezuela, and WikiProject Chile. It is rated of mid importance to the Human Rights and Chile projects and is rated as Start-Class by all. In general, this article does very little, if any interpretation of the subject matter. It simply states the facts that are known about the subject. This is very different from how we discuss topics in class as we try to interpret events and try to understand their importance in a larger context. This article simply lays out facts.