After the Bolivian presidential elections on October 20th, a dissatisfied and angered population has continuously protested against the results since results were released.

Morales, having served as the Bolivian president since 2006, has been announced the winner of the most recent presidential election with 47.08% of the vote, a very close victory compared to the results of his opponent, Mesa, who reportedly received 35.51% of the vote. In order to advance without a reelection, candidates must receive 10% or more of the popular vote; therefore, Morales led with only a 11.57% lead. 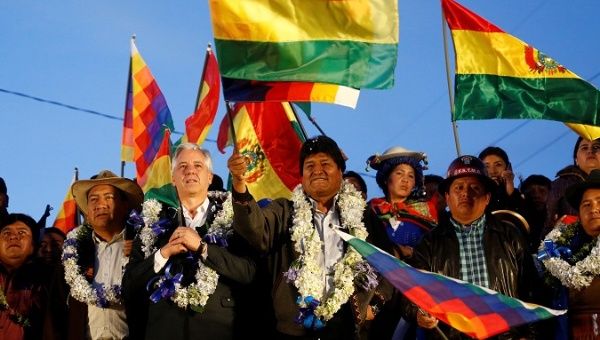 After the announcement of election results, Mesa argued publicly that there was a form of “fraud” through the Bolivia’s Supreme Electoral Tribunal’s work through calculating votes after the Preliminary Electoral Results transmission was suspended when the received results that were reported stopped at 83.7%.

In response to Mesa’s claim, the Bolivian Supreme Electoral Tribune defended the pause in results stating that, “the remaining percentage corresponded to rural votes, over which immediate figures cannot be applied”.

Citizens who oppose the results have since been in protest as a way to express themselves throughout the country. Protesting methods from Mesa’s supporters have included barricading doors, windows but as well supporters of Morales have since blocked highways and set off fireworks. 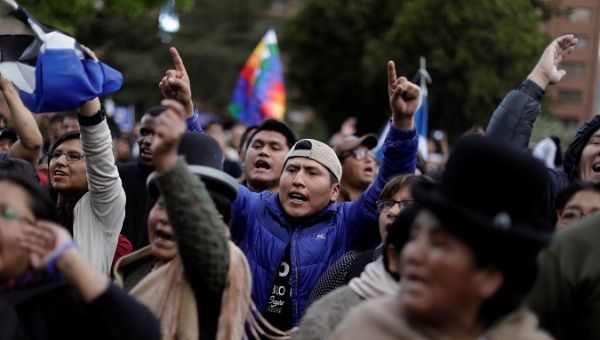 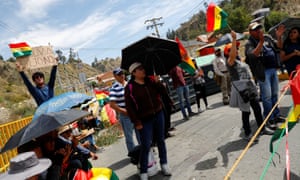 The Vice President of Bolivia, Alvaro Garcia Linera, on Tuesday has announced that due to allegations and suspicions from Mesa and others, international sources including Perú, Paraguay, Organization of American States and other nations will be inspecting the voting results.